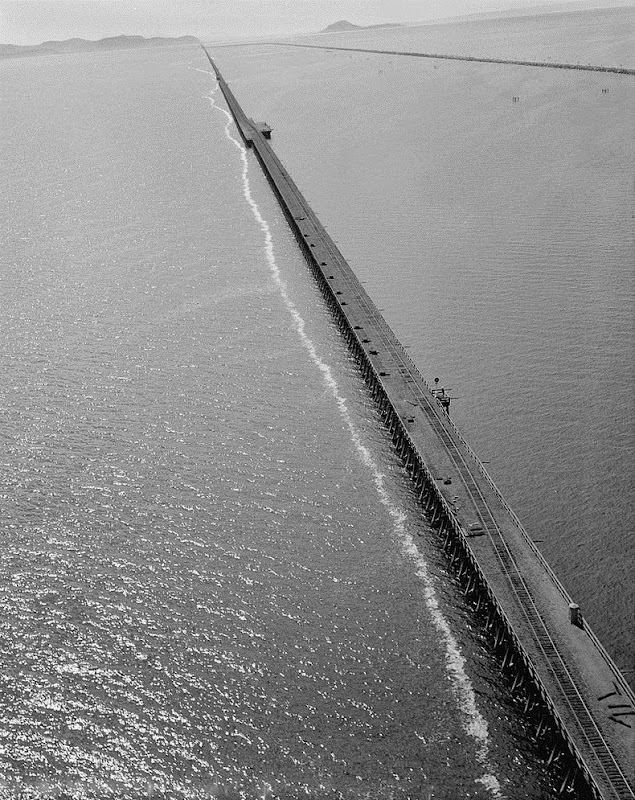 Ferrocarril Central Andino, in the Andes, is the second highest railway in the world, and one of the most notable due to the great technical challenges faced and overcome while laying the line. The line starts at the port city of Callao, at almost sea level, then passes by Lima city and then reach the peak altitude of 4,818 meters in the Anticona pass (Ticlio, Lima). It continues until it reaches the mining town of La Oroya, where the railway forks in two routes: one to Cerro de Pasco and the other to Huancayo and Huancavelica. The ride along this route is a major attraction for train enthusiasts with 58 bridges, 69 tunnels – including the second highest railroad tunnel in the world - and 6 switchbacks.

One of the most famous bridges encountered along the Lima to La Oroya line is the Infiernillo or “Little Hell” Bridge, located in a narrow canyon between two tunnels. The track emerges from a tunnel on a vertical cliff, crosses the bridge, and immediately enters another tunnel in a vertical cliff. Underneath the bridge flows the Rio Rimac river, and adjacent to it runs the “Carretera Central” main highway. 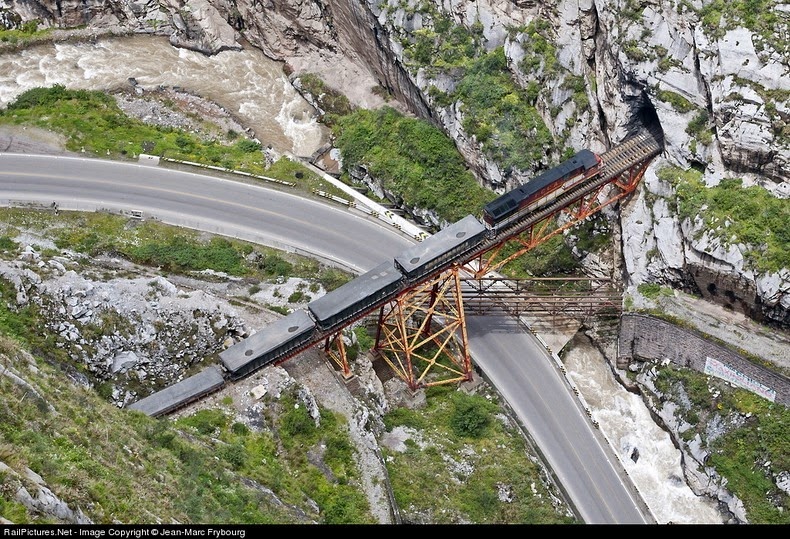 The bridge is located at a height of 3,300 meters above sea level and is 129.5 from Callao. It was built in 1908 by the “American Bridge Company” and has a length of 62.78 meters. The tunnel at its both ends give the bridge the most dramatic appearance. 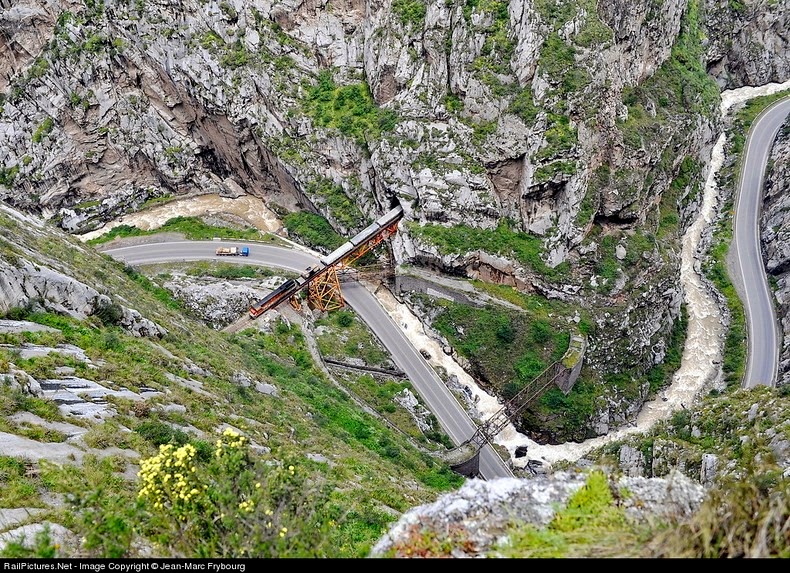 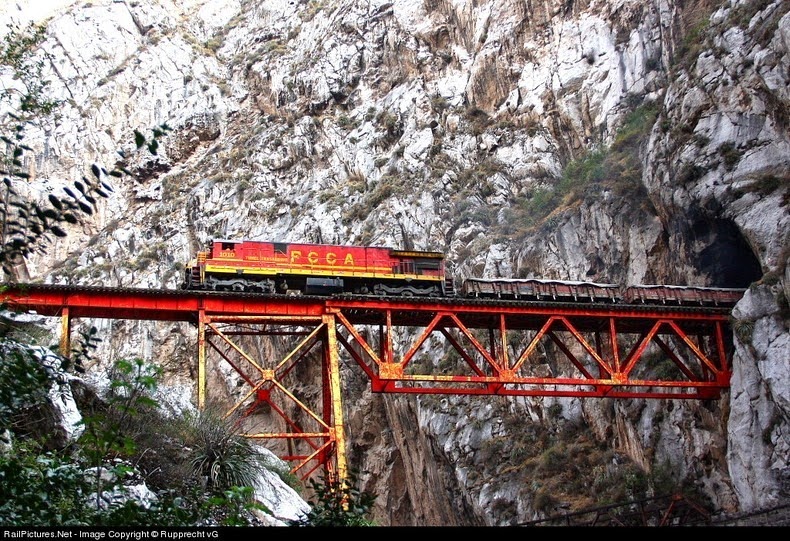 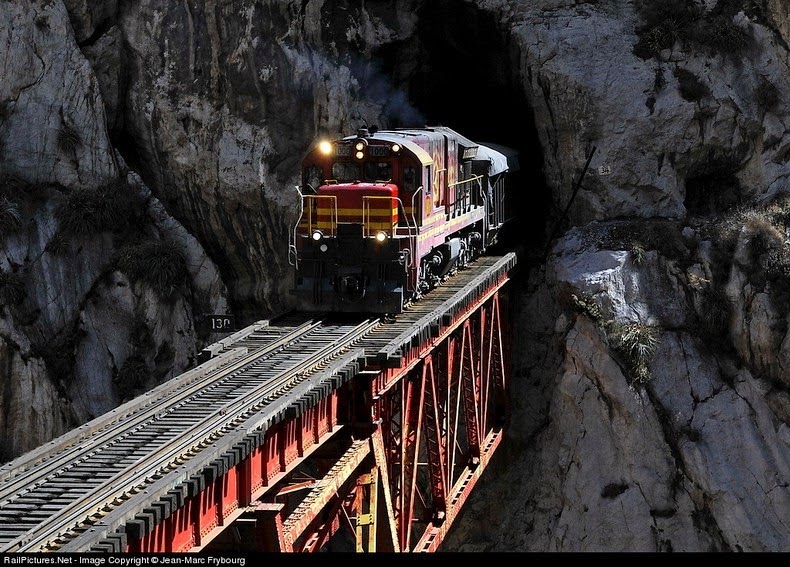 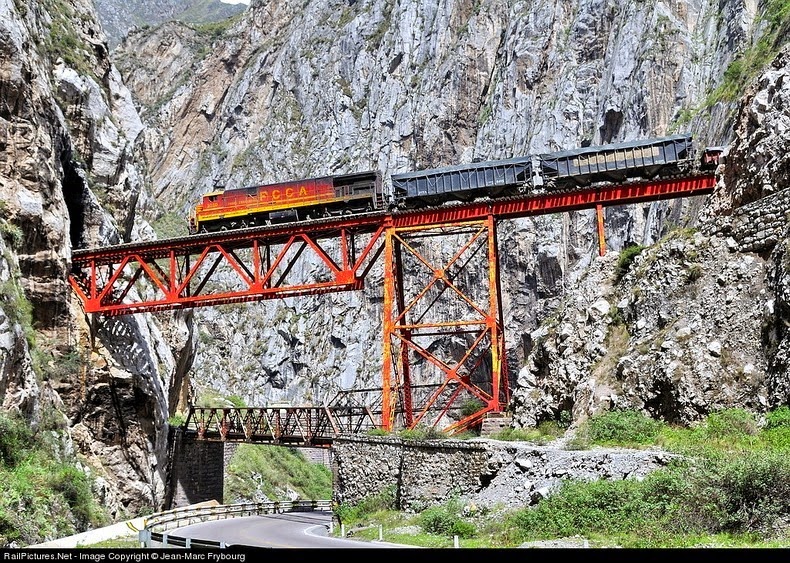